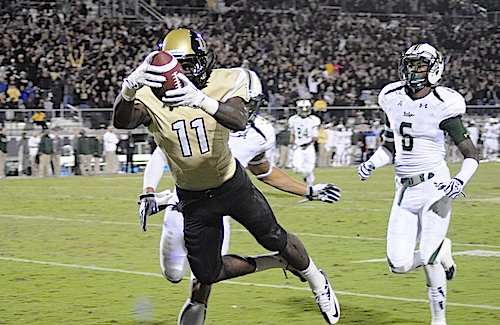 With very little depth behind him, Perriman should start immediately. A combine stud, Perriman shot up draft boards and slipped in to the first round right before it ended with his size and speed. He reminds people of Kelvin Benjamin with that rare combo but also because of drops.

With a quarterback with a decent arm, and newly installed offensive coordinator Marc Trestman, Perriman is squarely in the second-tier of rookie receivers for your dynasty drafts. He could also end up as a top-tier WR.